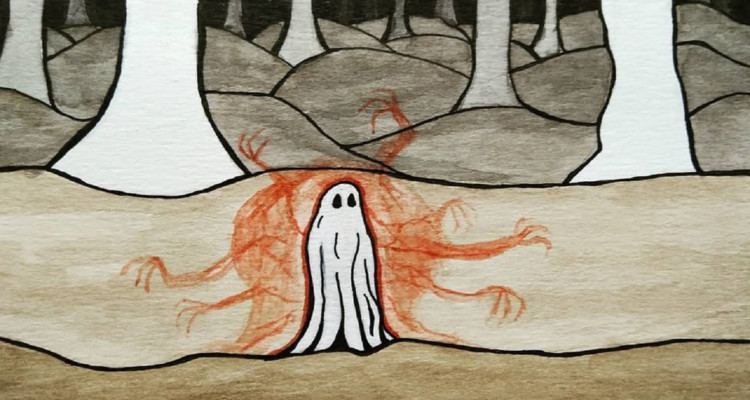 autoportrait
Burning Lung was born with the idea of making improvised dark psychedelic ambient music, far from the music I was used to play.
After some recordings sessions, I released my first demo with my friend of П, in a split CD format. The copies were quickly sold out, so I decided that continuing this project would be my priority, while I was still promoting gigs in my french hometown, with my friends of Assaut Caktus. At this time, Ritual Boredoom Productions, my label, was born.
The recording of Laïka Sonic Disaster came soon after, with the addition of more traditional instruments. This time, it was a mix between traditonal instruments combined with the power of electricity that made the 1st demo’s success.
After this record, I decided to spend more energy in Ritual Boredoom, in order not to promote only my music.
Burning Lung activities were postponed between 2011 and 2014, because of severe health problems, my involvement with a band called Novosibirsk , running Ritual Boredoom, and therefore lack of time to be able to combine everything. However, the project was reactivated during Spring 2014, releasing my two first EP’s, Àlti Lieb Roscht nìt and Обряд Волхва
I lost interest in Burning Lung soon after to focus on a black metal project, but unfortunatly due to various personal reasons and struggles this project had to be put on hold for an undetermined period. Maybe one day I will be able to finish it.
Ritual Boredoom Productions closed in 2015, and a new chapter for Burning Lung begins.
My next EP will be released on Bandcamp in april 2019. Stay Tuned